Rowland Woodworking, Inc. is a full-service fabricator of fine architectural millwork and cabinetry.  We specialize in complex commercial work – jobs which include all of our offerings - mouldings, doors, windows, paneling, cabinets and radius work. Our clients range from financial institutions, medical offices, and retirement facilities to country clubs, private universities, private residences, and more. All of our work is custom made for each of our clients, and design services are available.

Because we can make moulding in any profile, we are the go-to company in High Point for matching trim for residential restoration. We work in many furniture showrooms with our ability to provide the companies with exactly what mouldings they need in the quantities they need it. Whether the need is eight feet or eight thousand feet, Rowland can accommodate.

Cabinetry comes in many different styles and materials, and we build them all. From basic plastic laminate utilitarian cabinets to beautifully embellished wood cabinetry in maple, cherry, mahogany, walnut or any other species, it’s all in our repertoire. All of our cabinetry adheres to the Architectural Woodwork Standards, as published by the Architectural Woodwork Institute, with the highest quality materials.

Rowland Woodworking has always been and continues to be a family company. We believe in supporting our employees by creating a team-and-family atmosphere and striving to provide the best working environment possible; our community by giving back through volunteerism and support of such agencies as the Salvation Army and United Way; and our industry, by promoting the education of young woodworkers everywhere.

History
Rowland Woodworking  was established in 1992 by Marion Rowland  and his two sons, Rusty Rowland and Richard Rowland. Prior to that, it was the millwork  divison of Snow Lumber Company.  Jeffrey & Kristine Cox purchased the company in August of 2003 after the death of its then President, Rusty.

Snow lumber has had a long history with High Point from early on. Mr. Snow was one of three High Point citizens to start the first furniture factory and laid the groundwork for the internationally known industry and marketing center. At one time Snow even had its own fire department. They were known for making anything needed in a home - from the foundation to beautifully designed Greek columns, skillfully wrought mouldings, mantel pieces, windows, blinds, etc.. Snow Lumber was destined to play a major role in the expansion of the entire region.

Although Rowland Woodworking is much smaller and more specialized, it carries on the tradition of Snow Lumber Company today, is well known in the industry, and still manufactures to the same quality and standards as Snow Lumber Co. did in its days.

Professional Affiliations
Snow Lumber had an early history with Architectural Woodwork Institute, beginning in 1967.  P. Hunter Dalton, Jr. was a director of AWI from 1967-1973.  Marion Rowland served on the Quality Standards Committee and helped write the first, and subsequent, AWI Quality Standards. Snow Lumber was one of the original Charter members of the Carolinas Chapter of AWI, and Marion Rowland was one of three members who signed that Charter.  Marion, Rusty, Jeffrey, and Kristine all have served as Presidents of CCAWI, among other offices. Nationally, Kristine is the current AWI President Elect, served as Vice President in 2015, and on the Board of Directors from 2013 -2014. 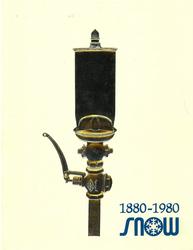